I've seen Kirk Fletcher play live, and he's a jaw dropping guitarist.  Joe Bonamassa may be prone to tossing his patronage around like confetti, but his remark that Kirk Fletcher is "hands down, one of the best blues guitarists in the world" may conceivably have a point.  Unfortunately, this self-released live set recorded in LA in 2013 doesn't really do him justice.
Six of the eleven tracks here are instrumentals, perhaps reflecting the fact that Kirk's vocals are in the Albert King vein, serviceable in terms of swing, but short on power.  And in any event where there are vocals they really just provide a frame for the accompanying instrumental workouts.
The former Fabulous Thunderbird gives a heavy nod towards his Texas blues connection with the opening, Freddie King-ish 'Funnybone', and a subsequent cover of Stevie Ray Vaughan's slow blues 'Lenny'.  The former takes off from a likeable theme into a leaping, jazzy guitar solo, followed by an organ solo played out over funky drums.  The latter is subtle and restrained, before building into a wig-out guitar solo.
Highlights include the gentle and soulful Bobby Womack cover 'I'm In Love', with a swelling keyboard solo, the funkier, Latin-style 'Congo Square'.  The closing 'Ain't No Way' displays a more relaxed, confident vocal, and solos that are punctuated by dynamic riffing that exemplify the balance in Fletcher's playing.  As someone once said of Rory Gallagher, he seems to have he happy knack of being able to play the rhythm and lead parts at the same time.
Essentially, the production is under-powered.  The jazzy drums are high in the mix, but much of the time the bass seems to be buried, so that when it does jab through it comes as a surprise.  The audience reaction is scarcely audible, which is bizarre considering the impact I've seen him have playing live.  A studio engineer friend suggests it has been recorded direct from the desk, which would explain the lack of ambience.
There's a great album to be had from Kirk Fletcher, in the hands of a sympathetic producer - this is just an audition.
Posted by Iain Cameron at 10:17 AM 1 comment: 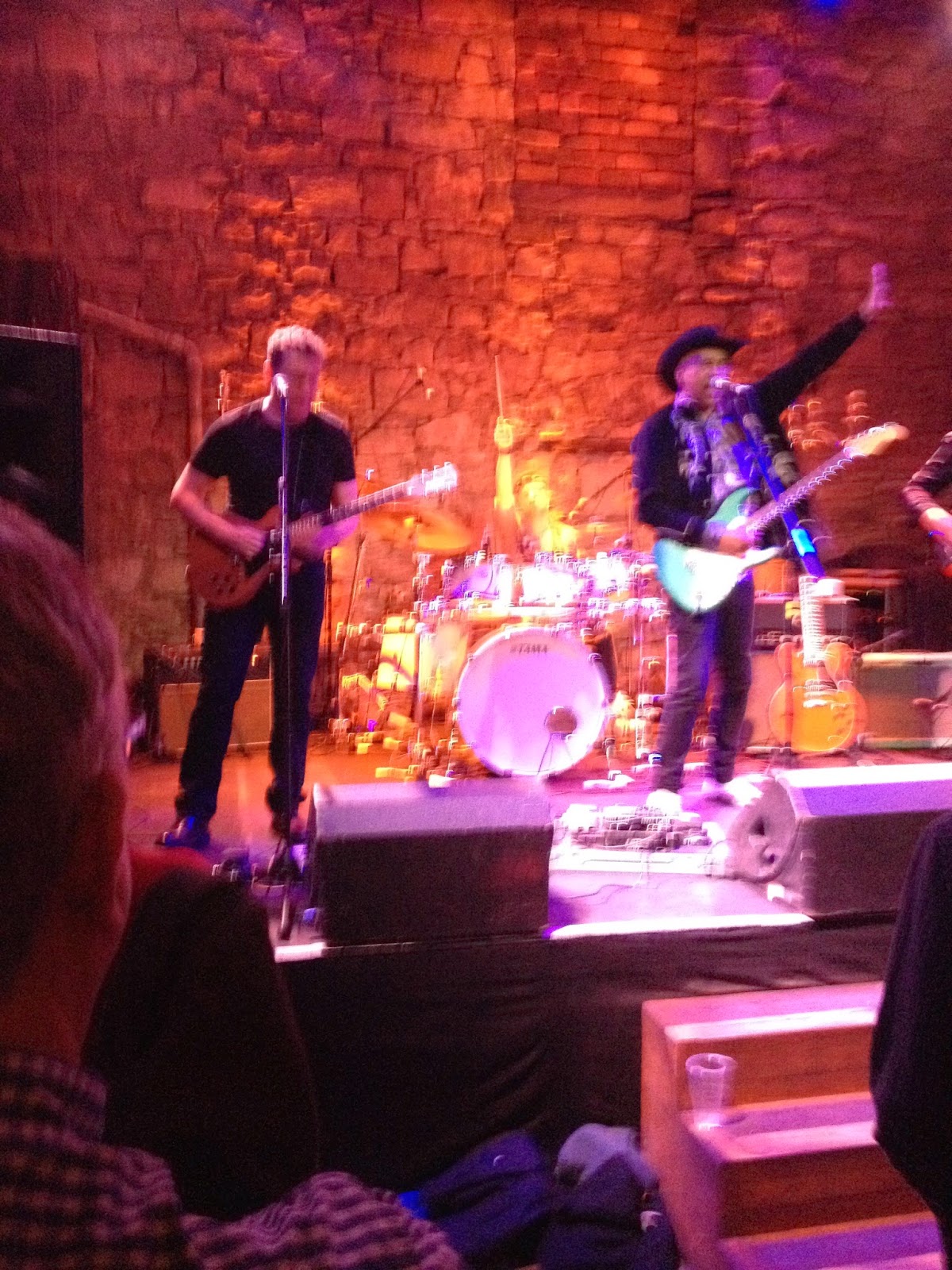 
They give it plenty again on set closer 'Christine', drawn from 2007’s Hurricane and featuring a riff worthy of Malcolm Young.  But if Malone and co play tough they swing too, and a series of encores also drawn from earlier albums continues the good time vibe.  They even find time for local kid Calum Ingram to get up and jam, playing – wait for it – a 5-string strap-on electric stick cello.  (It sounds like decidedly slinky slide guitar, by the way.)  The crowd show their appreciation by singing along to 'Find Me Somebody' before 'Going Back To Detroit' brings the night to a satisfying close.
Posted by Iain Cameron at 9:44 AM No comments:

Journey to the Blues #1

The enthusiasm for the blues was a long time coming, and at the same time always there.  I latched on to hard rock during my teenage years in the mid-Seventies, becoming a fan of Led Zeppelin, Deep Purple and Bad Company when they had already peaked.  I was too young to have encountered Cream at the height of their influence, and the Stones were now mainstream superstars, their evangelism for Chicago blues part of their early history.  The Allman Brothers were just a name to me.  But it didn’t take much to recognise that the blues was obviously an essential ingredient in much of the music I liked.
So it was natural for me to take in blues music through the likes of Rory Gallagher, Jimi Hendrix, Whitesnake (of the classic Moody and Marsden period), AC/DC, Pat Travers, Lynyrd Skynyrd et al. But my enjoyment was still filtered through the lens of heavy rock, without much direct connection to its roots. Still, I took on board the fact that Zeppelin had, shall we say, leaned heavily on a number of blues artists for much of their early material.  I noted too, that ‘Ain’t No Love In The Heart Of The City’, a key song in Whitesnake's repertoire, was a cover of a hit for some blues-soul singer called Bobby Bland.


And that’s pretty much the way things stayed for a couple of decades.  My love of rock music took a back seat at times.  But when I did give it some attention I would occasionally bump into the blues in one form or another.  Until a few things began to come together that started me more directly on a journey to the blues . . .
You can read Journey To The Blues #2 here.
Posted by Iain Cameron at 9:32 AM No comments: