Laurence Jones - What's It Gonna Be

The portents are good for What’s It Gonna Be right from the opening title track, which lets loose with a beefy blues rock riff worthy of King King in one of their heavier moments, and is garnished with some neat turnarounds and a tasty solo.  And the sound conjured up by Jones and his co-producer Roger Inniss is impressive – big and muscular.
The following ‘Don’t Need No Reason’, a funkified slice of R&B featuring some great bass from Inniss, and ‘Evil’, with its chugging, almost Quo-ish riff, suggest a couple of other things.  One is 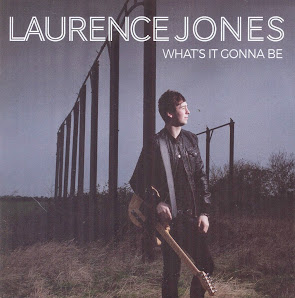 that Laurence Jones’s song writing has become more confident and mature since his last album Tempation.  And the other is that his vocals have improved considerably, showing more depth and resonance.

Okay, so a couple of the tracks that follow may tend more towards filler territory, but let’s not dwell on that.  There’s also a cover of Bad Company’s ‘Can’t Get Enough’, on which Jones duets with Dana Fuchs, that I can’t make my mind up about.  On the one hand, I’m not sure there’s much to be gained by covering such an iconic track.  On the other, I rather like the more swinging, Southern Rock-tinged arrangement.  But then I’m not wild about Dana Fuchs’ contribution – it would have come over better if she'd delivered her vocal with a lighter touch.  It’s a puzzler.
There’s a degree of variety in evidence as well though.  ‘Don’t Look Back’ is a smooth, melodic slowie, on which guest vocalist Sandi Thom does a decent turn.  Meanwhile ‘All I Need’ has a lighter sound, played out over a nagging, shuffling rhythm.  And the riff on ‘Set It Free’ has a mildly Celtic flavour to it, accompanied by a gentler, more wistful vocal from Jones.
And there are a couple more highlights too.  ‘Good Morning Blues’ opens with some crackly commentary from Leadbelly about the circumstances that demonstrate that “the blues got ya”, and develops into an enjoyable bump’n’grind, featuring a squealing wah-wah guitar solo.  ‘Stop Moving The House’ is the real highlight though, closing the album with a piece of good-time, (literally) bar-room boogie that entertainingly shows the drunken flip side of Stevie Ray Vaughan’s ‘The House Is Rockin’’, with an appropriately distorted guitar solo.  And what Scotsman could fail to appreciate the chorus “Had too much, drank too much Grouse / Open the doors – stop moving the house”?
So in answer to the question What’s It Gonna Be – it’s patchy, but still another step forward for Laurence Jones.