Truth be told, I’ve never been entirely sure about Danny Bryant.  I’ve got a few of his albums, and saw him live a few years ago.  But there were a couple of things made me think . . . aye, well, mmm.  For one thing, I’ve always found his voice a bit grating.  And that live show just felt – predictable.
Fair play to him though, Danny Bryant seems to have been striving for more variety.  I haven’t managed to catch him with his big band, but that at least suggested some new horizons.  The pre-release chat about Revelation has also been about him trying to dig deep and make it something more personal in nature, in the face of some troubled times lately.  And you know what?  I do believe this album shows progress – with a few reservations.
But let’s accentuate the positive for a bit, eh?  From time to time here Bryant reminds me of Clapton on a good day.  ‘Isolate’, for example, where an EC-like intro gives way to delicate piano, and then his guitar plays around the melody on the chorus. Brief guitar fills follow as the song progresses, biting but elegant.  And still not satisfied, he comes up with an impressive solo with bags of feel, followed by a downbeat interlude featuring piano, and then another guitar solo – good enough not to feel like overkill, and buoyed by some tasty bass lines from Alex Phillips.
A buzzing keyboard riff hinting at Chariots Of Fire gives a twist to the opening of ‘Shouting At The Moon’, and Bryant has an adventurous go at a falsetto vocal on the chorus as he pursues a daringly personal - and resonant - lyric about the death of his father, before another Clapton-esque moment as a patient, expressive guitar solo rounds off the song.
‘May I Have Talk With You’ is a not-the-bleeding-obvious Howlin’ Wolf cover given a BB King treatment, including horns.  And once again it’s a fine illustration of Bryant’s blues playing, fluid and then wrenching out notes in a fiery closing solo.  Bryant also produces a decent, sensitive vocal – at times at least.  If only his producer Richard Hammerton, who does a damn good job otherwise (including a lot of important keyboard playing), could get him to eliminate some of the growls and hiccupy yelps, the song itself could do the talking.
Which would be good, because his voice can still irritate me, right from the opening title track, on which a melancholy piano intro is swiftly followed by a typically herniated Bryant vocal, before it settles down into his default Trout-ish style.
Bryant says that ‘Liars Testament’ is influenced by Seventies Purple stylings, and yes, there’s something of DP MKII’s rawer moments like ‘Into The Fire’ about it. It’s an instructive comparison, because I can hear a resemblance to Ian Gillan in DB’s gruff, semi-strangulated singing.  But Gillan, in his heyday at least, had way more polish and range at 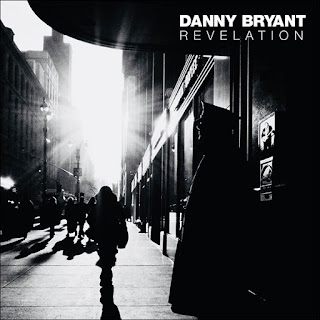 his disposal.  Danny may not be able to emulate that, but he really does need to find a couple more gears.  Still and all, it’s not bad, and I like the controlled ferocity of Bryant’s playing, underpinned by bursts of horns, on the hard-driving coda.
‘Sister Decline’ is powerful all round, with a sturdy, driving riff over a hard-kicking beat from Dave Raeburn, and loose, clever bass runs, and injections of horns and keys to add to the palette.
‘Truth Or Dare’ is fun too, a slab of good ol’ fashioned boogie with rocking horns and a signature Hammond solo from Stevie Watts.  There’s a key change.  And a quiet guitar/vocal call and response passage for dynamics.  And a big crescendo with lively guitar.  All it needs is a bit of cowbell and a false ending to pull off every trick in the book.  But at four and half minutes it’s kept on a leash – which is almost surprising, because Bryant does have a tendency to overdo it.  A few songs here could benefit from some editing, not least the repetitive acoustic rendition of John Mellencamp’s ‘Someday The Rains Will Fall’, and the rather humdrum closing power ballad ‘Yours For A Song’, which is only elevated by a nifty up tempo coda.
When Danny Bryant captures that Clapton-like feel on Revelation, he lives up to the hefty billing he has on the British and European blues rock scene.  But I’m not going to fawn over him and say it’s brilliant.  Danny Bryant deserves better than that.  He’s not the finished article, but he’s trying – and I think he’s getting there.

Revelation is released by Jazzhaus Records on 20 April.
Danny Bryant is on tour in Germany in April, and in Britain from 7 May.
Posted by Iain Cameron at 2:24 PM